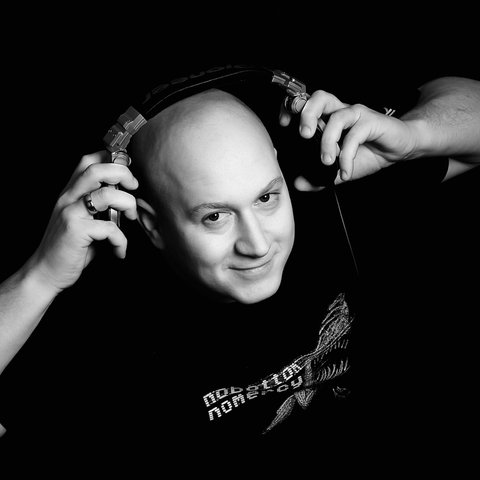 Music means for Robert since his youth more than only relaxation and enthusiasm. It is a joy not to exclude mystery and passion and from his life simply. Robert is a music. In search of his personal music direction it was first the Italo dance which fascinated him and which he met in numerous visits in various clubs.
Soon it became for him the habit to visit once a month his darling-vinyl shop in Udine and to poke around there. The destiny wanted that he found this shop on a day, unforgettable for him even today, closed. To have made the first disappointment, the then wide way free of charge, soon gave way to the curiosity own to him – nevertheless, there must still be something else – and thus he entered soon afterwards a record shop with name Zero Gravity. In the shelve he searched the Italo dance popular by him in vain – there stood excluding Techno vinyl – and this by the dozen. Hardly he had turned on the earphones over the ears, he entered another world which arrested him immediately and since does not let go any more. These were endlessly to many sides of the music which changed with every new record constantly, offered the propelling, unusual sounds, the immense possibilities, but we remain with the destiny: the genre Techno has already totally conquered him at that time, at the age of 17 years, and has not let go till this day any more.